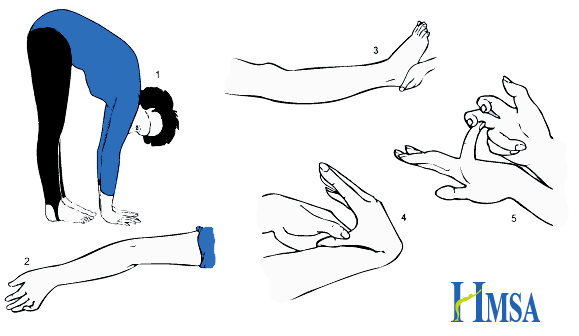 What is Hypermobility Syndrome?

With all the hype on the media about it, you possibly have heard about it. I am not sure you would have paid attention to the details though unless you or your loved one suffers from it. The first investigated on Hypermobility dates back to 1916.

The non-medical term ‘double-jointed’ is often used to describe it.  It is not always the case that the joint ‘visually’ looks hypermobile. It’s the term used to describe the ability to move joints beyond the normal range of movement.  This article will look at the differences between EDS & JHS and how Pilates may help treat them.

Myself, I was diagnosed years ago. Having had been a long term Pilates instructor, I thought I knew all there was to know about my body until I was hit with this bomb shell. There was a sense of relief to know I wasn’t imagining the pain I felt .The chronic pain Hypermobility has caused me dates back to my teens.

Joint Hypermobility is a genetic condition and a very common one. With every 10-20% of Western society and a much high volume in females and of people with Black, Asian ethnicity are affected.

You may have been aware from an early age that your joints were more supple than usual. This might not have caused you any problems, and you may even have found that your flexible joints have been an advantage. Or, you have been suffering with one or ALL of the factors listed below.

But if you have any of the following symptoms you may have joint hypermobility syndrome:

Women or girls who are hypermobile may notice that their joints are more painful around the time of their period, and they may be more clumsy than usual.

During pregnancy, because of the hormonal changes, joints tend to become even more hypermobile. They remain this way during breastfeeding. Occasionally the ‘waters’ may break early.

How is it diagnosed?

First and foremost the word ‘diagnosis’ should be used with caution as it suggests a medical condition. For the vast majority of individuals their hypermobility is just the way they are built and may be of no consequence in terms of symptoms and function.

Healthcare professionals may quote the Beighton Score which is a nine-point scoring system that looks for hypermobility in the 5th finger, thumb, elbow, and knee on both sides of the body, and the ability to bend forward and place the palms of the hands flat on the floor without bending the knees.

Want to know if you're hypermobile?

Although this scoring system has had its use in research studies it is not the only observation that should be made in a clinical examination. Hypermobility is often found at the jaw, neck, shoulders, other small joints of the hands and feet, hips, ankles and mid-foot.

If any of those symptoms are true for you, suffer in silence no more.  If Hypermobility is part of your genetic make up like mine, click here to download the Beighton Hypermobility Score. Contact your GP and know that Hope Pilates can be that addition support to equip you with issues such as pain management, stretches, body alignment, rehabilitation, relaxation, strengthening & preconception.

What can we do to help?